Mictlán and the day of the dead.

Death is one of the most confusing topics, and also, one of the most scheming through out history. Many cultures, religions and groups had tried to explain this phenomenon from their own perspective. Some believed in a Heaven or Hell (depending on your actions), others think in reincarnation, being your karma (also the compendium of your actions) the  turning point of whether your next life will be a better or worst one. But for the most death is just part of life itself, a process that muss occur in order to maintain a cycle. And this is just how Mexicas (most common known as Aztecs) used to see their world. For them, death wasn´t an end point, perhaps an opportunity to be closer to their gods. This is why they celebrated death and the journey that, as they thought, will come after-life. 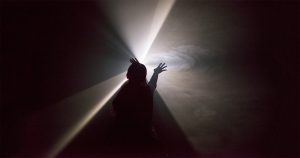 Today´s most common Mexican celebration is “Día de muertos” or the day of the dead. Which has a lot of the Mexica´s thoughts in it, it´s actually the main root of this entire celebration. In which the Mexican families make a shrine with pictures, water, and some of the deceased favorites plates, all of this with the believe that their loved ones will be allowed to come and visit them just one day per year; being November the 1st. the day for the children and November the 2nd. for the adults. Behind all this unique, color and flavor-full experience there is a context that must be know to better understand what is this all about. 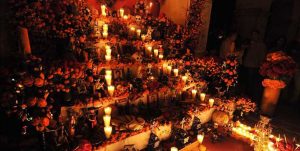 The Mexica´s tradition said that when someone die, he had to be buried to go back from where they came from (Aztecs believed they were the 3rd generations of beings in this world, made out of corn, now you know why we love tortillas). In addition to this, they will had to be buried along with their Xoloitzcuintle dog , this pet will help them in their journey to “Mictlan” or place of the dead. This journey lasted 4 years, and it was made up of 9 different task. During these 4 years, the family of the deceased will had to visit them every anniversary of their dead to offer some water and food. 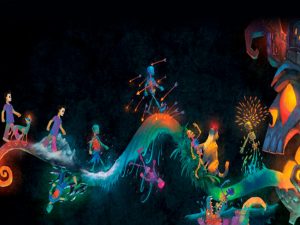 1st task: Just after someone died, he was to wake up in in the river banks of “Itzcuintlan” or place of the dogs,this river had to be crossed, helped by the Xoloitzcuintle. 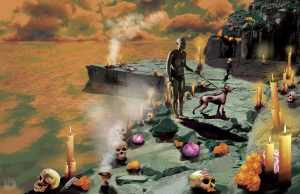 2nd task: Once the river was cross, the next step was to come in to the ” Tepectlomonamictlán”, or place where the hills crash and walk through them without being crushed. 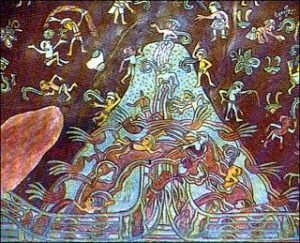 3rd task: After crossing the crashing hills, the deceased will had to climb the “Iztepetl”, or hill  of the flint, which will tear up the skin before making it to the top. 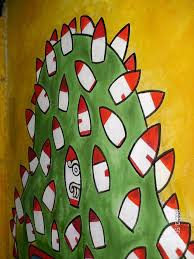 4th task: The top was also known as “Iztehecayán”, or place of the obsidian winds, a group of 8 hills where it never stop snowing. 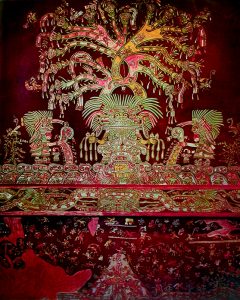 5th task: If the 7 hills where crossed then the “Paniecatacoyán”, or place where the people fly, will be entered. As the name refers, here one could fly thanks to the absence of gravity and the strong winds that will fly anyone around before getting in to the next zone.

6th task: The “Timiminaloayán”, or place where the people is kill with arrows, a huge and empty valley where invisible hands shoot arrows  from all directions at any moment. 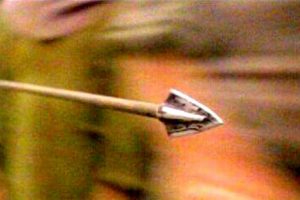 7th task: At the end of this valley , was located the “Teocoyohuehualoyán”, or place where the jaguars lived and eat the hearts of the bravest. One couldn´t pass through without letting the jaguars open the chest and eating the beating heart. 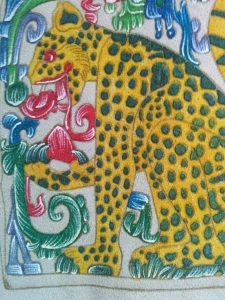 8th task: If the deceased could stand the hearth-extraction, he was to walk in to the “Izmictlán Apochcalolca” , or lake of the black waters. Here he was to let aside all the things that tied him to the material world. This was the only way to liberate the “Tonalli” or soul from the body. 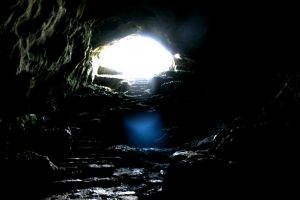 9th task: At this point only the Tonalli could pass to the next stage, empty of any desire or need.The soul was to swim through the “Chiconauhhapan” , or the 9 waters, each deeper than the last one. At the very last one , were both Mictlantecuthli y Mictecacihuatl, god and goddess  of the death. Before the Tonalli was able to rest for eternity, the soul was to offer this gods with all the things his corpse was buried with, showing his value in both, the past and the new life. 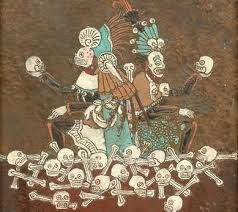 As you can read, the shrine with food and water comes from a very antique tradition. The visit to the graveyard is also a part of this ritual, where life and death are just part of a single purpose, where this to “opposites” become one, where the dead visit the living ones and vice-versa . And here, I ask…Who is actually visiting the other?