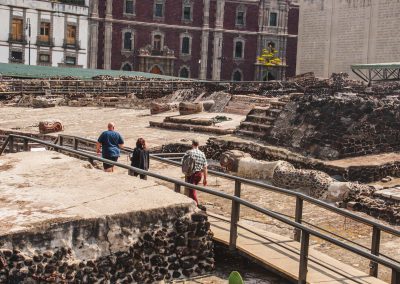 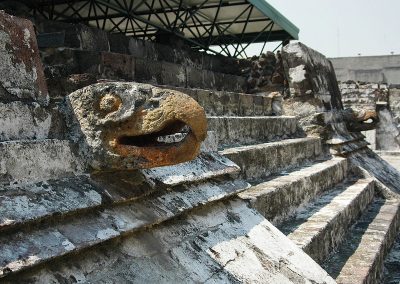 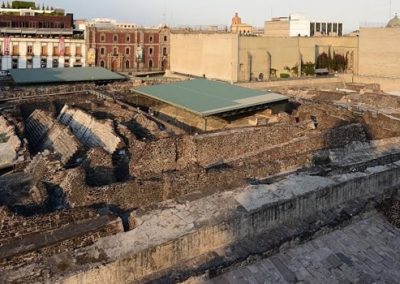 The ruins of the old city that build-up the new one!

Not only a museum, but an archeological place and originally a group of temples and pyramids, the Templo Mayor Museum , was partially destroyed by the Conquistadores and most of the structure was lately re-used to build other buildings of the New-Spain, like some parts of the Metropolitan Cathedral.

It wasn’t until the late 70’s that the Mexican government decided to turned into a museum with 8 halls. 4 dedicated to Huitzilopochtli the god of war , and the other 4 to Tlaloc the god of the rain and agriculture. With more than 7,000 pieces and different exposition along the year, you will learn about Mexico’s Prehispanic history.